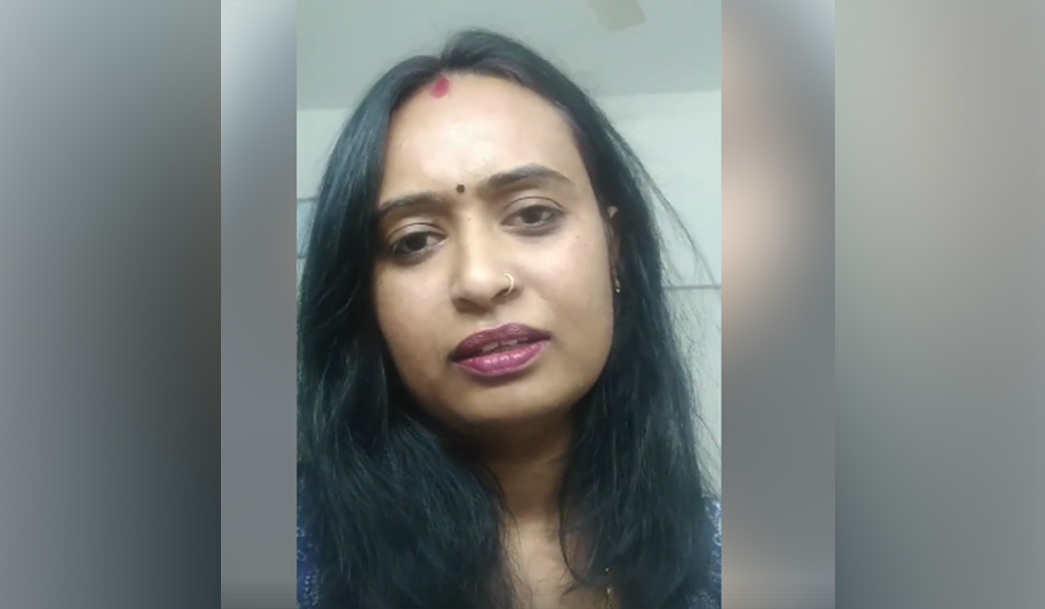 Bengaluru: A woman posted a video on Facebook accusing MLA Harris' son Mohammed Nalpad, who is accused of assaulting a youth, assaulted and threatened her also in the past.

Varshita Das Poornima, who posted the video on the social networking site, said the media, which is expressing their anger over the assault on youth by MLA's son, was tight-lipped when justice was denied to her. Besides, when she requested self-proclaimed Hindu organizations like Bhajarangadal and Shri Ram Sene to get her justice, they asked her to gather 500, 1000 people. Expressing her anger, she said, "Instead of fighting for a woman's justice, If Bhajarangadal and Shri Ram Sene ask her to gather people, then such organizations must be thrown away into garbage bins."

"For two days, the state media is back of Harris' son. That is fine. But three years ago, when I went to police station to file a complaint against the same Harris' son, no police station was ready to take my complaint. Before I reach the police station, a phone call comes there saying that a woman by name Poornima will come, do not take any complaint from her. When Muslims, who stood by Harris' son, said, they will cut me into pieces on the road itself, where was the media at that time?"

"I have been insulted for being a woman. My life is under threat. When I requested big organizations like Bhajarangadal and Shri Ram Sene to come for my assistance, they asked me to gather 500, 1000 people. Why would I need your organizations if I was able to gather 500, 1000 people? Throw your organizations to garbage bins. Shame on Shri Ram Sene, Muthalik, Bhajarangadal and Suryanarayan. Harris, who made me cry today, is still at large," she said.

However, Poornima's video has gone viral and over 1 lakh 69 thousand people have watched it. So far, It has received three thousand comments and shared 4,454 times.